Where would the Parkers head next after Donegal, after leaving the Republic and heading into Northern Ireland in 1961? Yes – of course – to see the famous Giant’s Causeway. And what a great photo Lily took …. 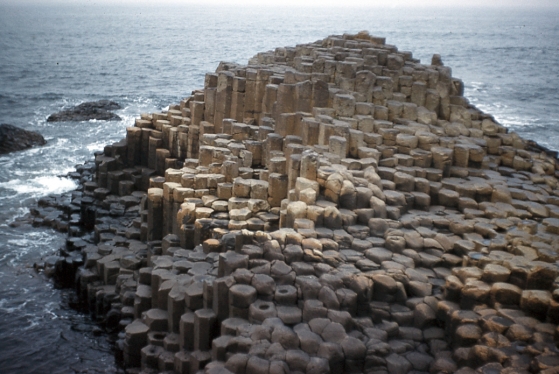 Onwards, round the North Antrim coast road past Cushendall, approaching Waterfoot. Here it is – one of the most photographed natural arches which is actually “unnatural.”

This arch, cut into the red sandstone rocks at Red Bay, was designed and constructed by Francis Turnley to allow faster and more direct access between Carnlough, Waterfoot and Cushendall. Perhaps Gordon’s dad, John, remembered this image from the old Gallaher’s cigarette cards which featured Ireland’s most scenic places. 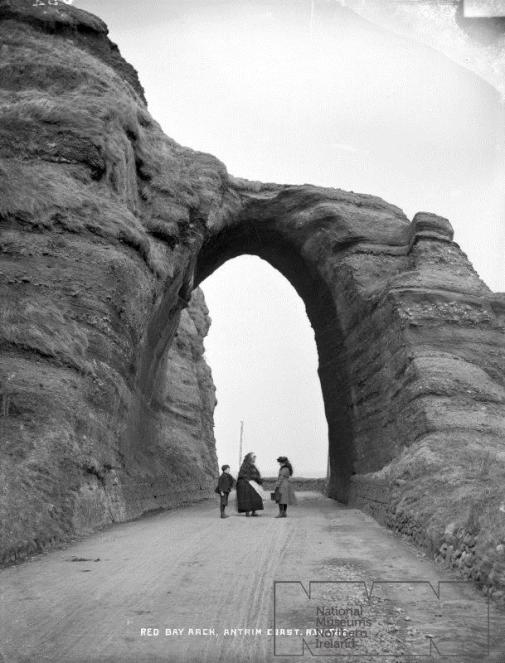